From father to daughter, a St-Barths family legacy

Monique Turbé grew up in a family of five children. Before becoming a respected hotelier, her father, Guy Turbé, was one of the first contractors on the island. Going as far back as she can remember, Monique loved watching her father at work, not realizing at the time that she was preparing herself for a bold career in real estate...

Monique, founder and chairman: A life dedicated to services 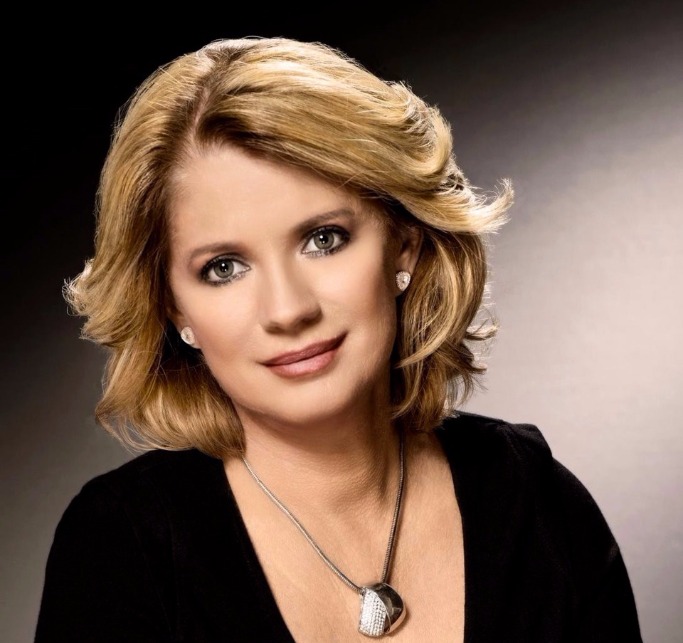 "I wanted to write to you about our recent stay in St Barths. You and your daughter delivered on a beautiful vacation villa LENALEE that was above and beyond our expectations. The experience that we had was absolutely beautiful. Our needs from our arrival, to the all inclusive rental car, and then the villa was second to none. It was one of the most beautiful homes that I have ever stayed in. Capped off by the most beautiful sunset sail boat experience. Needless to say we had a blast. I have rented from many companies before and I have found that you and your company exceeded all my expectations. Professional and of the highest quality that I have ever dealt with.I look forward to our return to St Barths and will be in touch for our next trip."

Monique Turbé hails from the small neighbourhood of Flamands and from a family established in Saint-Barths since the beginning of the 19th century.

She is one of the heirs of the late Guy Turbé.Before being a famous hotel owner, Guy Turbé was one of the very first entrepreneurs on the small island, and after 60 years of hard work he had become one of the greatest builders of his generation.

Between the 70’s and the 80’s, Guy Turbé built the Hotel “Baie des Flamands ”, “St-Barth’s Beach Hotel”and the “Residences St-Barths”.

Going as far back as she can remember, Monique loved watching her father at work, not realizing at the time that she was preparing herself for a bold career in real estate.

At the age of 18, Monique Turbé started her first construction, like her father, the “White Sand Beach Cottages, in Flamands.

At the end of the 80’s, she began the construction of her first villa, the “Monique White Sand” (MWS) villa.

This property attracted prestigious guests, like Jackie Kennedy-Onassis and her son John-John, or Roman Polanski.

Monique inherited a strong sense of business from her father as well as his determination, so she subsequently built the “Melissa Villa” (MLI) and in 1999 the “Angelo Villa” (SVV) in Colombier.

In January 2007, Guy decided to sell his entire group, and in October 2007 Monique sold the MWS Villa with the two adjacent properties, to a Russian buyer today called Villa Ana Flamands. 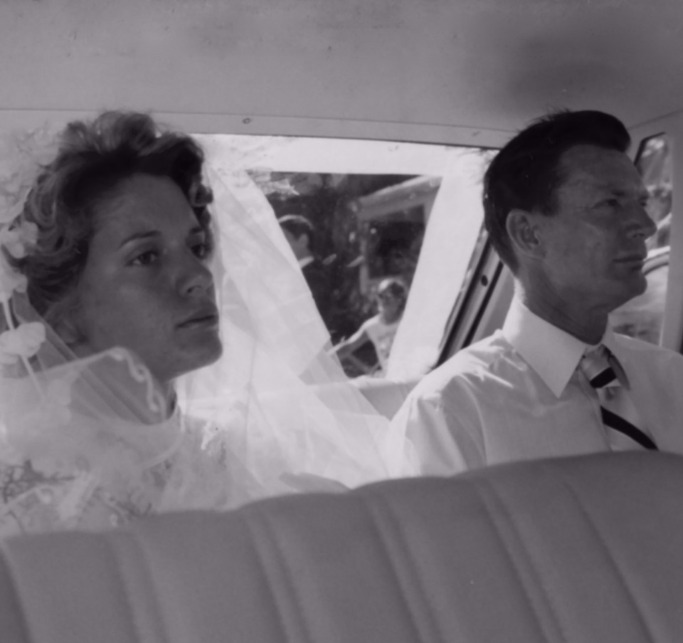 "Dear Monique, Thank you so much for the wonderful stay.I own a global private aviation company. In addition to our headquarters in New York, over the years we have had offices in Miami, Los Angeles, Moscow and Hong Kong. Over the past 14 years, we have worked with thousands of other high end travel companies, both as a partner and as a vendor, in the areas of transportation, lodging, rentals and dining. My experience with you was one of the best experiences I have ever had. The highest level of professionalism, the complete focus of attention on detail and the pleasurable ease of doing business are hallmarks of your organization. Sometimes words cannot express our feelings, but we had an amazing and relaxing week . We will be back. Thank you again" 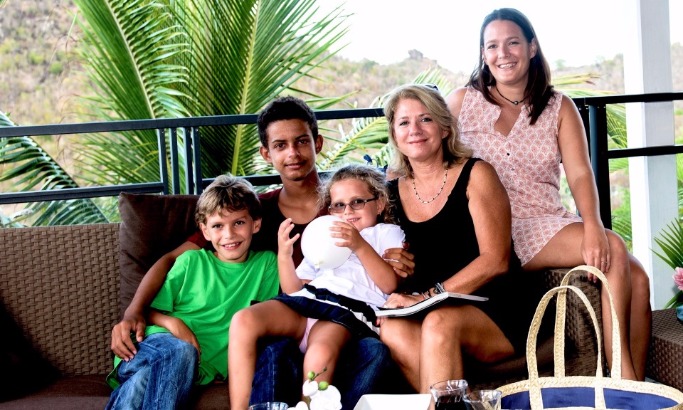 Guy, the Tourism pioneer, the visionary: A life of Love to St-barths. 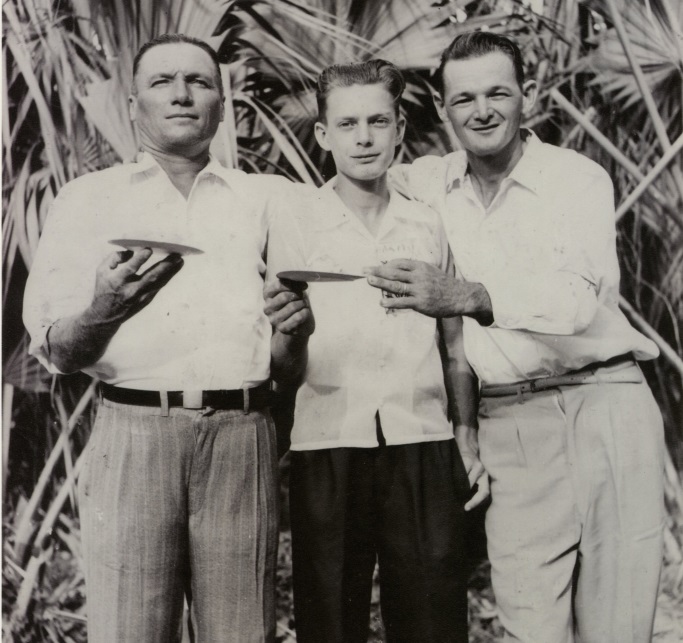 " Guy was more than an associate,he was most of all a true friend, a wonderful man, an honest worker.We got along very well, he had a gift for business and trustful relationships. Guy was the greatest visionary I met. Well done Guy.”"

“All of Guy’s friends, entrepreneurs, builders and all of the St Barths’ hotel business industry will remember him as the young hospitality industry pioneer of the 70s. A hard working man who never stopped, an honest man, administrator, ambitious and always leading several projects. A man with a big heart who, as a former member of our “Lions Club” would always let us use hotel rooms, meeting rooms or cars for our charities or seminars. Our club will always be thankful. Goodbye Guy, you were a great builder and you will now meet the supreme builder for eternity. May you rest in peace.”

In 2013, the Villa Mélissa was sold to a Venezuelan couple that fell in love with the property.

Monique then decided to buy and renovate a new property that she called like her granddaughter: the “Villa Lenalee”.

With this new property, Monique Turbé, created MY VILLA IN ST- BARTH, an exclusive concierge service dedicated to her two private villas.

Guy Turbé was a builder but Monique knew exactly how to adapt to the market and the last year they spent together was a blessing for both of them.

This partnership was a success and seeing his daughter proving herself and sharing her expertise made Guy extremely proud.

“Something I am particularly proud of is having stayed close to my father to support him”. He told her that I was his “breath of fresh air”, and that was the biggest reward for her.

From father to daughter, the closeness was obvious to all.

One of Guy Turbé’s last dreams was to see Monique create her own real estate company to look after the villas he had built and carry on the legacy.

Monique kept her promise out of respect for his memory, his last wishes and to honour his lifetime of hard work.

As an homage to her beloved father, she became the founder, chairman and partner of MY VILLA IN ST BARTH Real Estate, the first real estate agency founded by a St-Barths native and a villas owner. 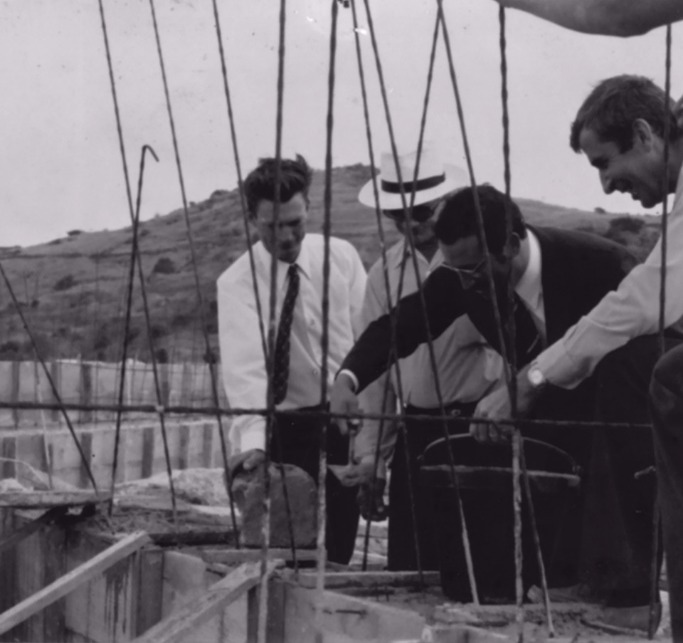 " On June 13th, after a long illness, Guy left us and Saint-Barthélemy is loosing one of his most loyal ambassador. Guy will be remembered as a tireless builder. He had no formal diploma but made it up with his intelligence. He started with nothing and was one of the first to understand that the future of our island was tourism development. He was always defending his opinions with great conviction . He was a very direct and generous man. May his legacy be a reminder for those who think that work is an unnecessary part of life." 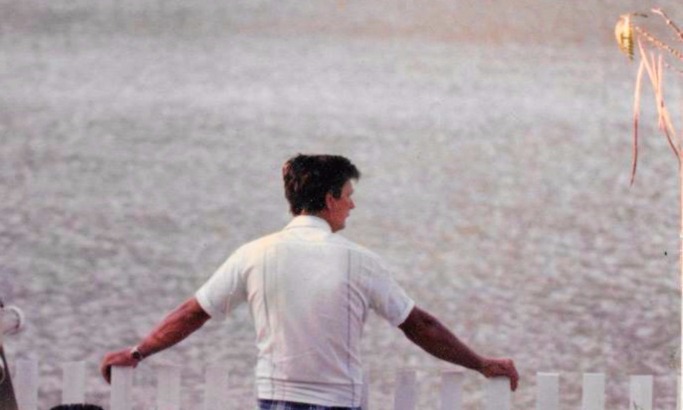 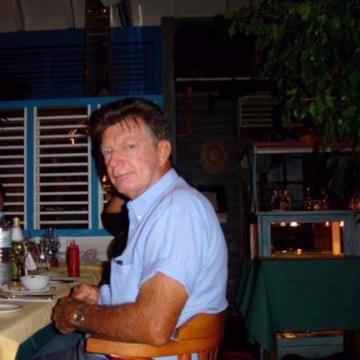 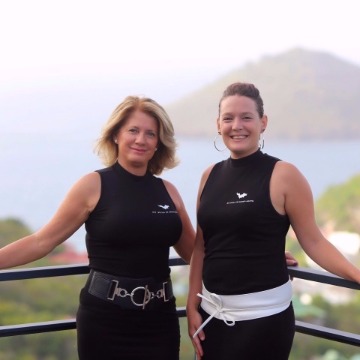 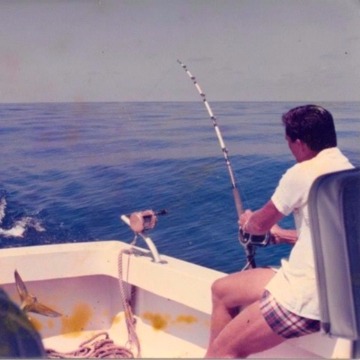