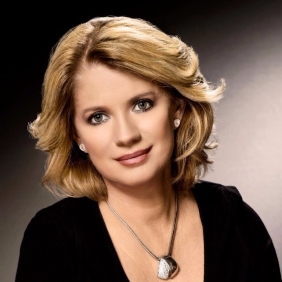 Villa AMETHYSTE is a recent, contemporary and luxurious property of 180 m2. Located in a quiet area, it benefits from a sea view over the lagoon of Petit Cul de Sac and a great privacy. It is ideal for a small family or couples.

Villa AMETHYSTE, has style and comfort in a quiet and natural environment. The architecture is an elegant and effortless update of classic Caribbean motifs, such as ceilings defined by geometric angles, rather than the expected vaulted wood, and finished walls in natural coloured concrete. These elements are eye-catching, and some subtle and insignificant details that make this luxurious rental property a jewel for design-conscious people who travel in small groups for their holidays in Saint-Barths.

Of course, Villa AMETHYSTE is also a good choice for nature lovers, who will find plenty to admire in the breathtaking view of the Petit Cul de Sac sea from the pool, main terrace and lounge, and in the smooth integration of the covered terrace into the rocky slopes of the quiet eastern part of the island. Young palm trees add green to the stone landscape. It is a welcoming and relaxing environment.

The two bedrooms, each located on either side of the living room and dining room, are of equivalent size (each with an inside shower and an outside shower and a double vanity), one of the bedrooms is equipped with a king size bed. The second of two double beds can be transformed into a king size bed or remain as it is for a family. They are spacious and minimalist, making the house easy to share for two couples as well. The large lounge, with its modern and refined tones, opens onto the terrace with its large heated swimming pool.

Villa AMETHYSTE is very well equipped. On the ground floor there is a sports hall to stay in shape, even on holiday, and there is a cinema room with a sofa bed. What better way to watch a movie once the sports sessions are over? After the effort comes the comfort. This level also includes a separate bathroom with shower.

But as with many luxury villas in St Barts, your life here will be free of charge outside. The main terrace has an overflow pool overlooking the bay, with many deckchairs and sofas nearby, and the terrace of the dining room arranged with a table and chairs offers a captivating setting for outdoor meals or a barbecue evening.

The beauty and natural chic of La Villa AMETHYSTE will make your stay in Saint-Barths a moment of pure relaxation and comfort. Don't hesitate any longer and book it now!

Tropical and lush garden, spectacular ocean views from all parts of the property. Cascade and breathtaking view over the bay of Petit Cul de Sac.